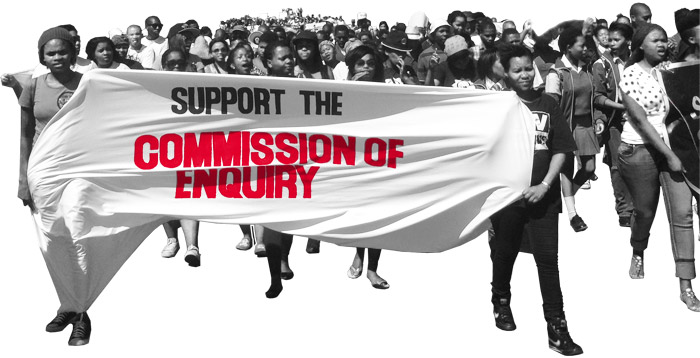 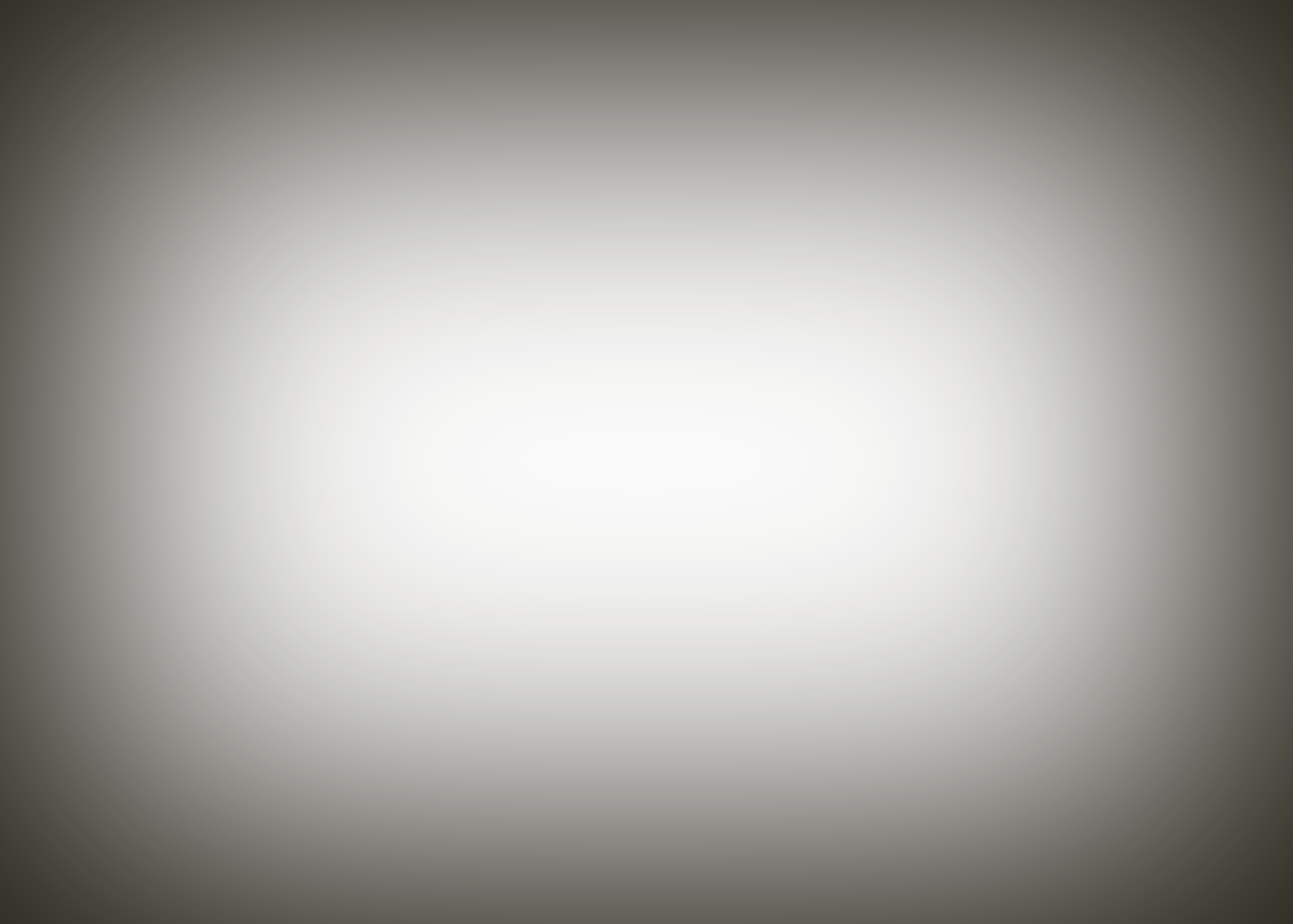 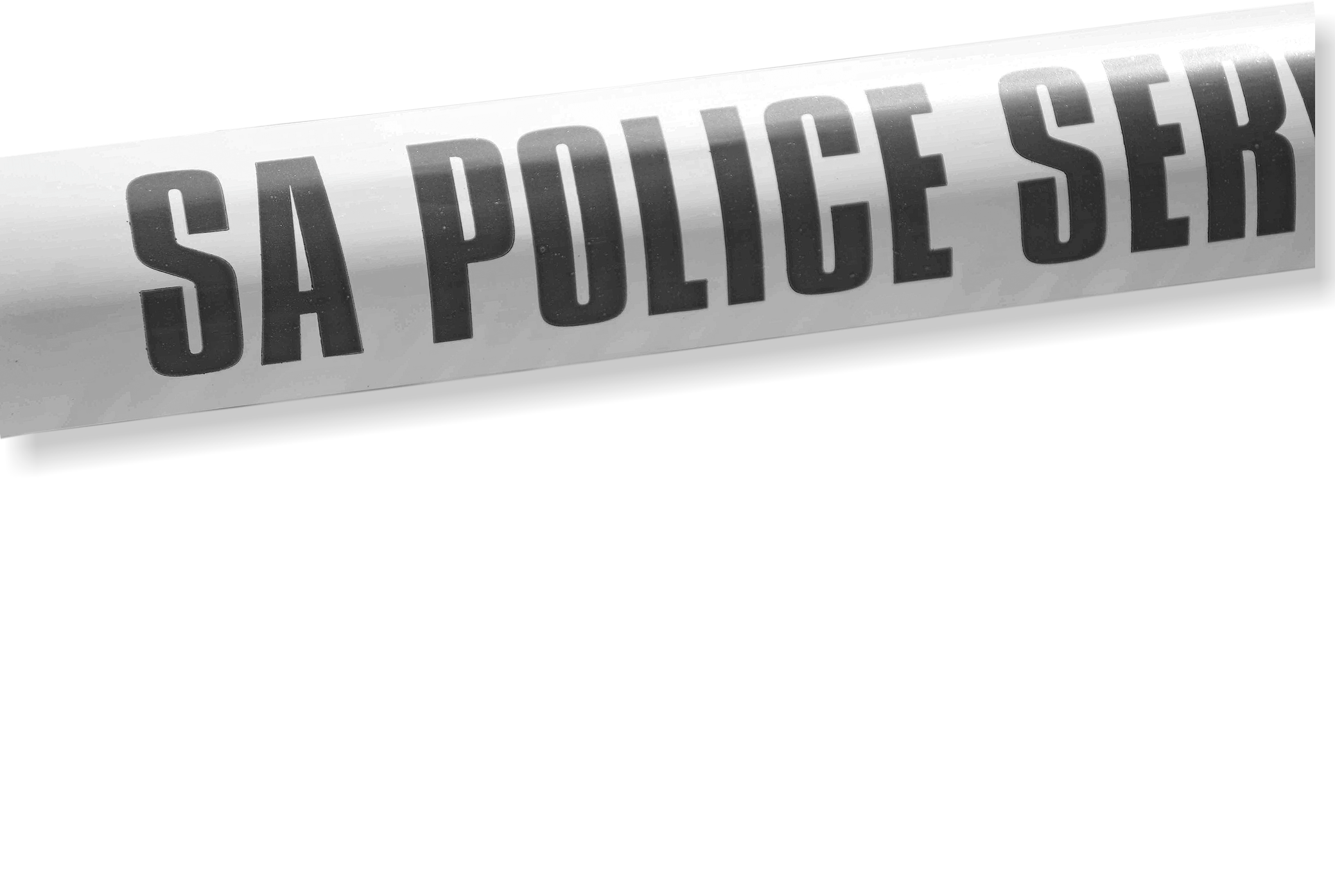 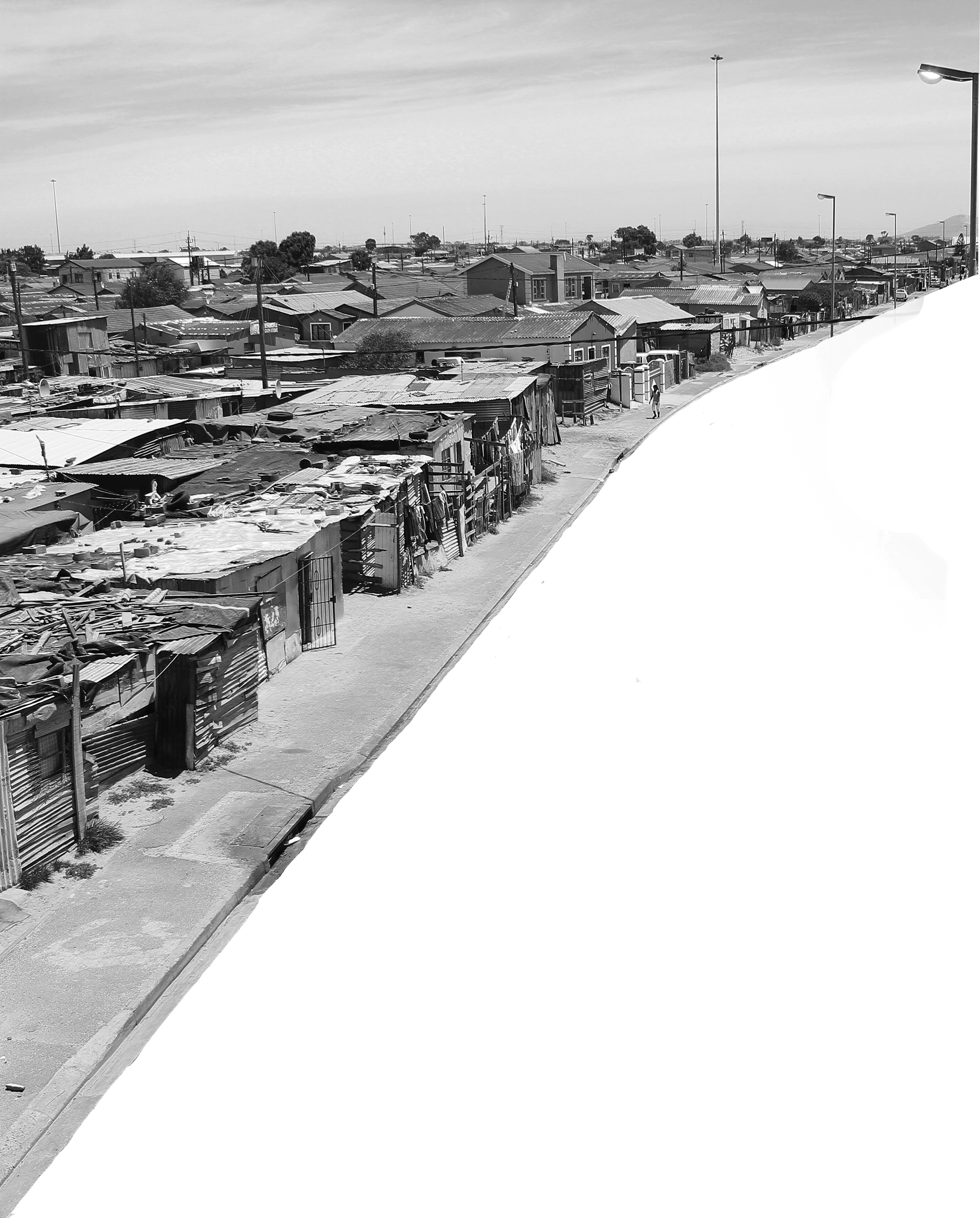 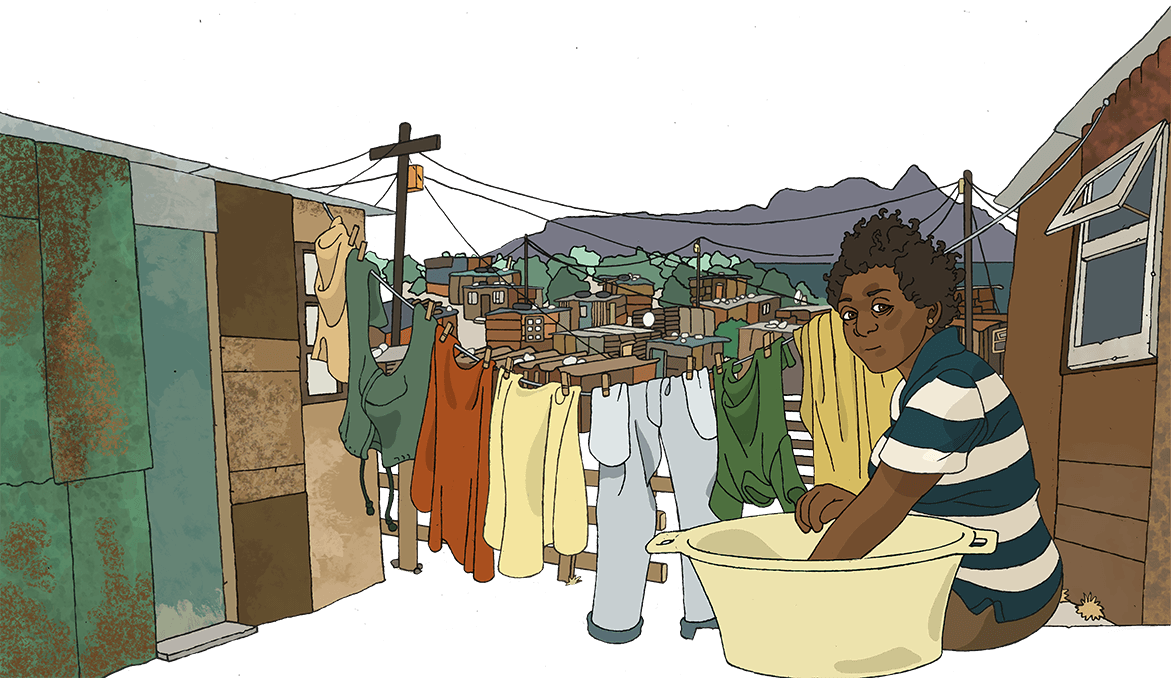 is raped and murdered

Expanding on its mandate to provide South Africans with access to HIV/Aids treatment, The Treatment Action Campaign begins advocating for safety, justice and better policing in Khayelitsha. It was established in 1998 during the height of the HIV/Aids pandemic in South Africa. The organisation holds marches and protests in Cape Town and begins to monitor and assist with the court cases of victims of violent crime.

TAC activist Nandipha Makeke is raped and murdered near her home in Harare, Khayelitsha and her body stuffed into a communal toilet. Her attackers, Thembinkosi Ntukani and Bongo Sibhozo, are sentenced to 20 years each in prison more than two years later, despite a confession, witness testimony & sustained advocacy by the TAC.

Nineteen-year-old Zoliswa Nkonyana is brutally beaten to death close to her home in Khayelitsha by a group of more than a dozen young men, because she is an openly gay woman. Her trial takes six years, 21 trial dates and 20 postponements to finalise--and only four of her attackers get jail time.

A wave of xenophobic violence sweeps South African townships in 2008. It displaces tens of thousands of African migrants amid widespread incidents of mob looting of foreign-owned stores and attacks on those perceived to be taking jobs, opportunities and even partners away from South Africans. Khayelitsha is badly affected, and members of the TAC and others form a membership-based social movement called the Social Justice Coalition on June 16, in response to the situation.

The SJC quickly learns that poor sanitation in Khayelitsha and surrounds is contributing to the high crime rate and lack of safety felt by residents. Members begin advocating for both improved safety and sanitation in the informal settlement. Soon, in response to the brutal murders of Lorna Mlofana, Nandipha Makeke and Zoliswa Nkonyana, as well as to many other incidents of murder, rape and vigilantism and how they are handled by the criminal justice system, the SJC and other organisations call for a formal investigation into policing in Khayelitsha.

“The entire organisation felt not only the pain that had come with Lorna Mlofana’s death, but also the anguish at how the system was failing her mother, her comrades, and the broader community.”

“As someone who has experienced a tragedy, it hurts even when I hear someone screaming outside at night. And I think, ‘it seems crime will never end.’”

“The litany of blunders and failures by the justice system [in the Zoliswa Nkonyana murder trial] offers its own insight into how brutal hate crimes against lesbians are viewed by our government and those who execute its mandate." 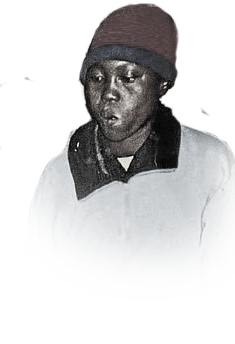 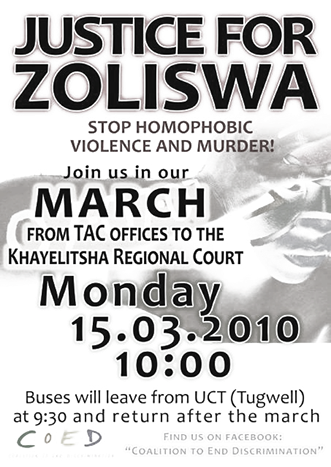 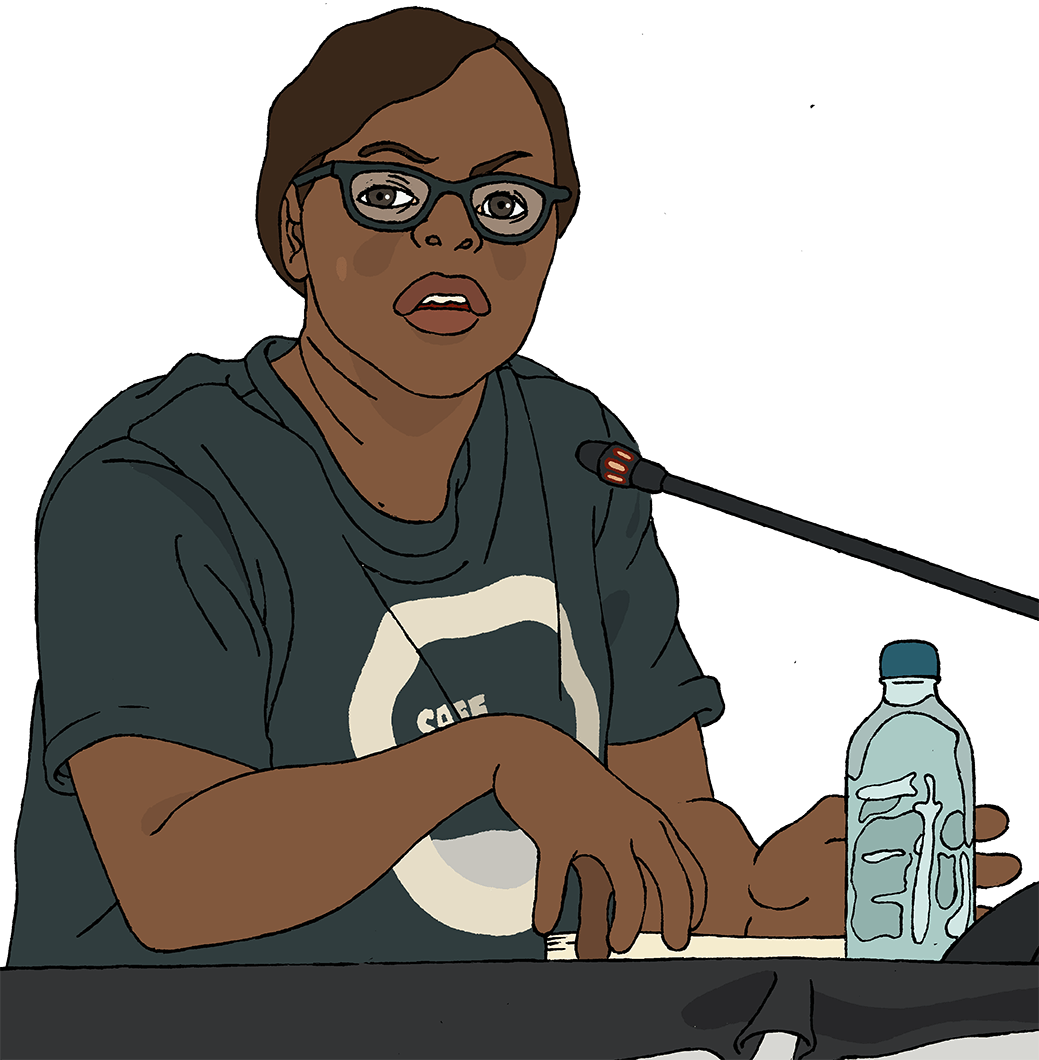 Civil society groups, although focused on different areas of society, increasingly begin to unite and work together to address issues of crime, violence, poor policing and criminal justice in Khayelitsha.

During a picket by more than 500 people outside the Western Cape Provincial Legislature, the SJC and other Khayelitsha-based organisations call for Western Cape MEC for Community Safety, Albert Fritz, to launch an independent investigation into the failures of the informal settlement’s criminal justice system.

MEC for Community Safety, Albert Fritz, indicates that an independent investigation into policing in Khayelitsha is on the cards, but no developments are forthcoming. He is replaced by Dan Plato in 2011.

Community Safety MEC Dan Plato is handed a memorandum at another mass picket, again requesting an inquiry into policing in Khayelitsha.

Dan Plato and Western Cape Premier Helen Zille agree to meet with Khayelitsha civil society organisations to discuss the memorandum. They concur in principle that an independent investigation would lead to better policing and safety and ask the organisations to lay a formal complaint.

Khayelitsha organisations lodge a formal complaint with the provincial government, based on a decade of evidence showing the shocking state of criminal justice in the informal settlement. The complaint is sent to the police, in line with Section 206 of the South African Constitution--the first time in history communities and civil society make use of the provision--but it is largely ignored until June 2012.

After the SAPS releases a report stating that, in a period of 14 months between 2011 and 2012, 78 people lost their lives in vigilante violence and so-called mob justice in Khayelitsha, the SJC holds a night vigil for those killed. It seeks to draw awareness to the fact that many believe the community takes the law into its own hands because its members have lost all hope in the police.

Western Cape Premier Helen Zille announces that the Commission of Inquiry will go ahead. Its intentions, known as terms of reference, are to investigate allegations of a breakdown in the relationship between the police and the Khayelitsha community, as well as ineffective policing in the area.

During a meeting to discuss the commission, the national Minister of Police, Nathi Mthethwa, a cadre of the ruling African National Congress, urges Premier Helen Zille not to proceed with the inquiry. 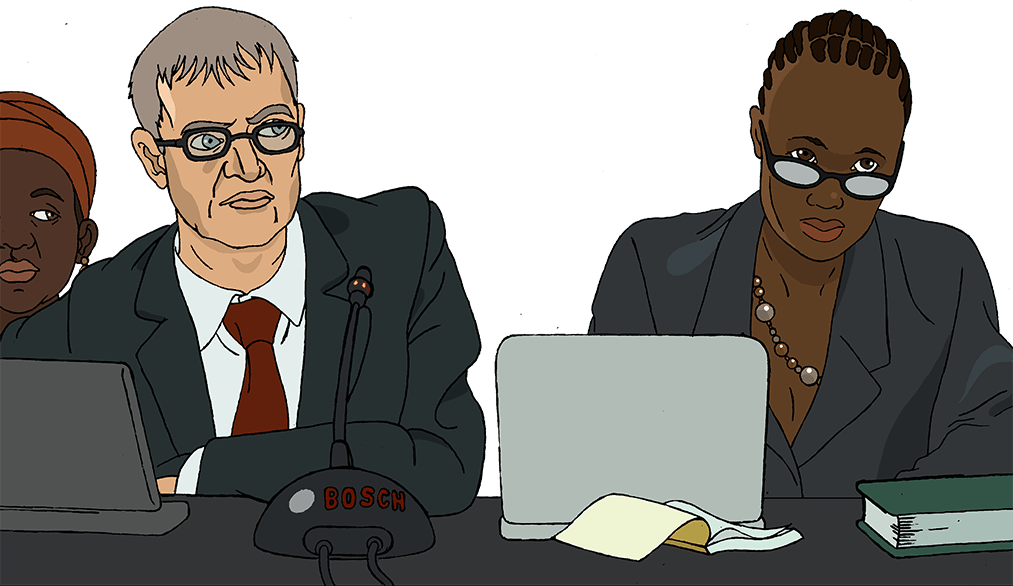 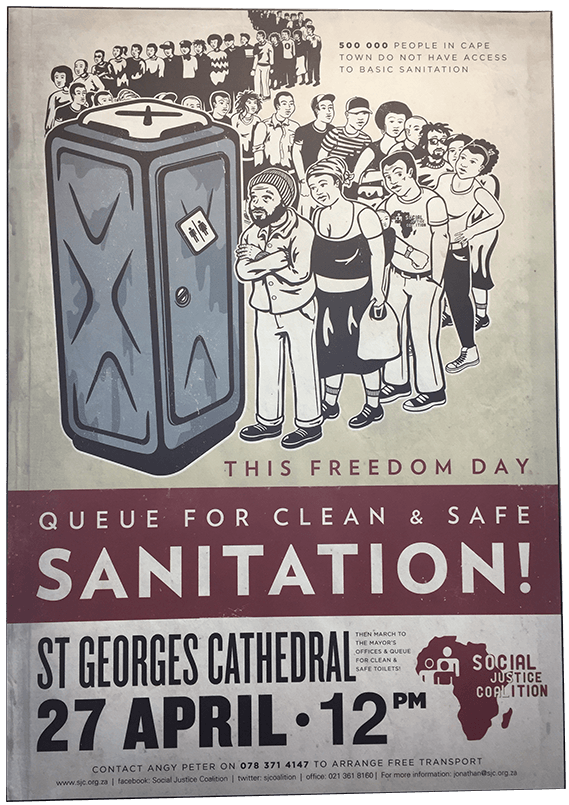 Minister Mthethwa and the South African Police Service go to court to have the establishment of the commission declared unlawful.

The case against the establishment of the commission brought by the SAPS is heard before a full bench at the Western Cape High Court.

Judgment is delivered in the matter and a split decision sees the application by the SAPS dismissed. The establishment of the commission can continue.

The SAPS take their application to the Constitutional Court in Johannesburg, appealing against the High Court ruling to attempt to stop the Commission.

After hearing the appeal the Constitutional Court delivers its judgment: The highest court in South Africa dismisses the application and orders the SAPS to pay all legal fees. There is nothing stopping the establishment of the commission. 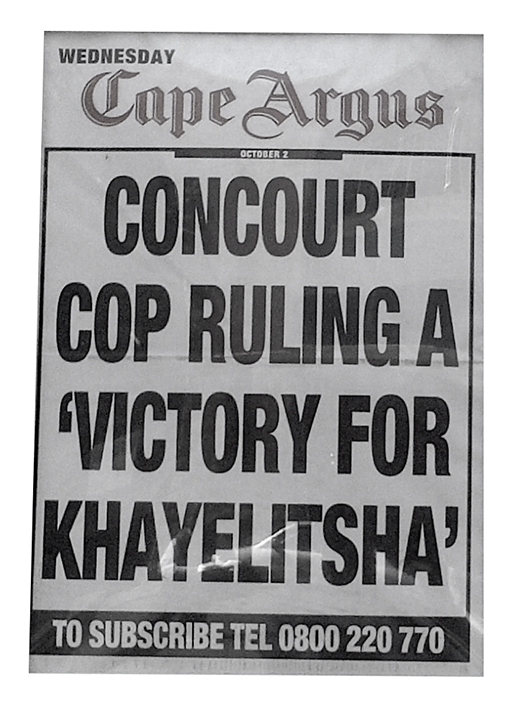 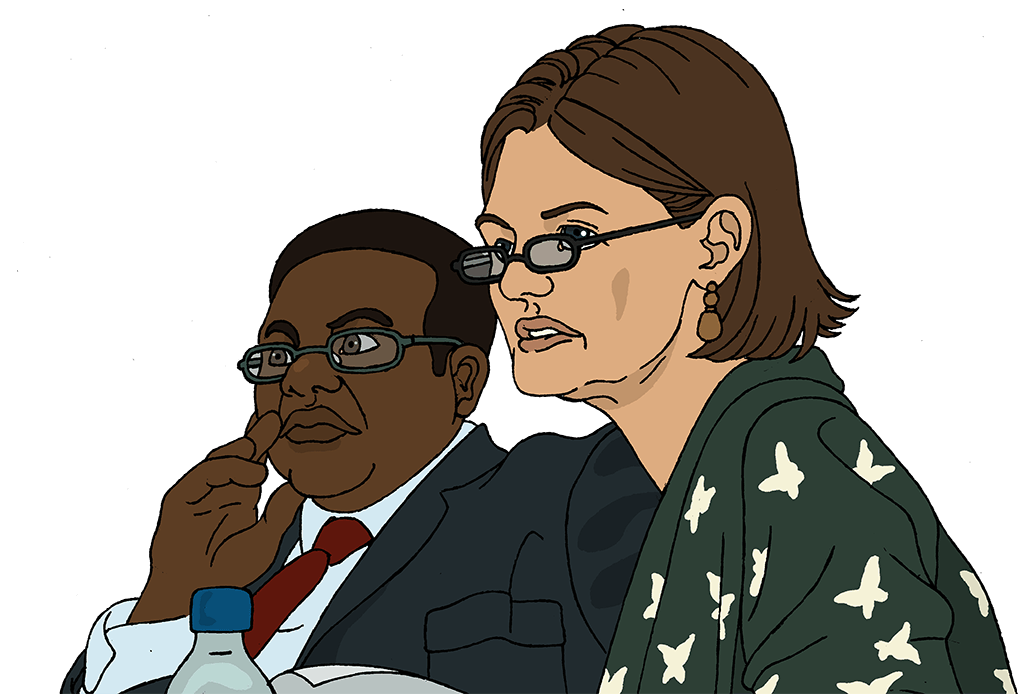 The Khayelitsha Commission of Inquiry holds its first preliminary sitting to explain how it will gather evidence and proceed. Former Constitutional Court judge Kate O’Regan and former National Prosecuting Authority head Vusi Pikoli are introduced as the chosen commissioners.

The Commission begins the public phase of its work, conducting site inspections of Khayelitsha police stations and crime hotspots. The Commission has also been collecting evidence through hundreds of individual testimonies for months before the public hearings start.

The Commission public hearings begin at Lookout Hill in Khayelitsha. Many residents attend every day, from January to May, during which time they hear from more than 100 witnesses. They include residents, police, government officials and experts. Their testimony fills over 50 000 pages.

Lawyers for all parties deliver their final arguments and the public hearings are completed. The Commission adjourns to write its report.

The Khayelitsha Commission publicly releases its findings in a report titled Towards a Safer Khayelitsha. Residents hold a celebratory march to Lookout Hill to receive it.

“The process itself had tremendous value, and for many of us involved, it was extremely powerful. Those months of being at the public hearings are something that I will never forget. It was an important part of my own life, and many others." 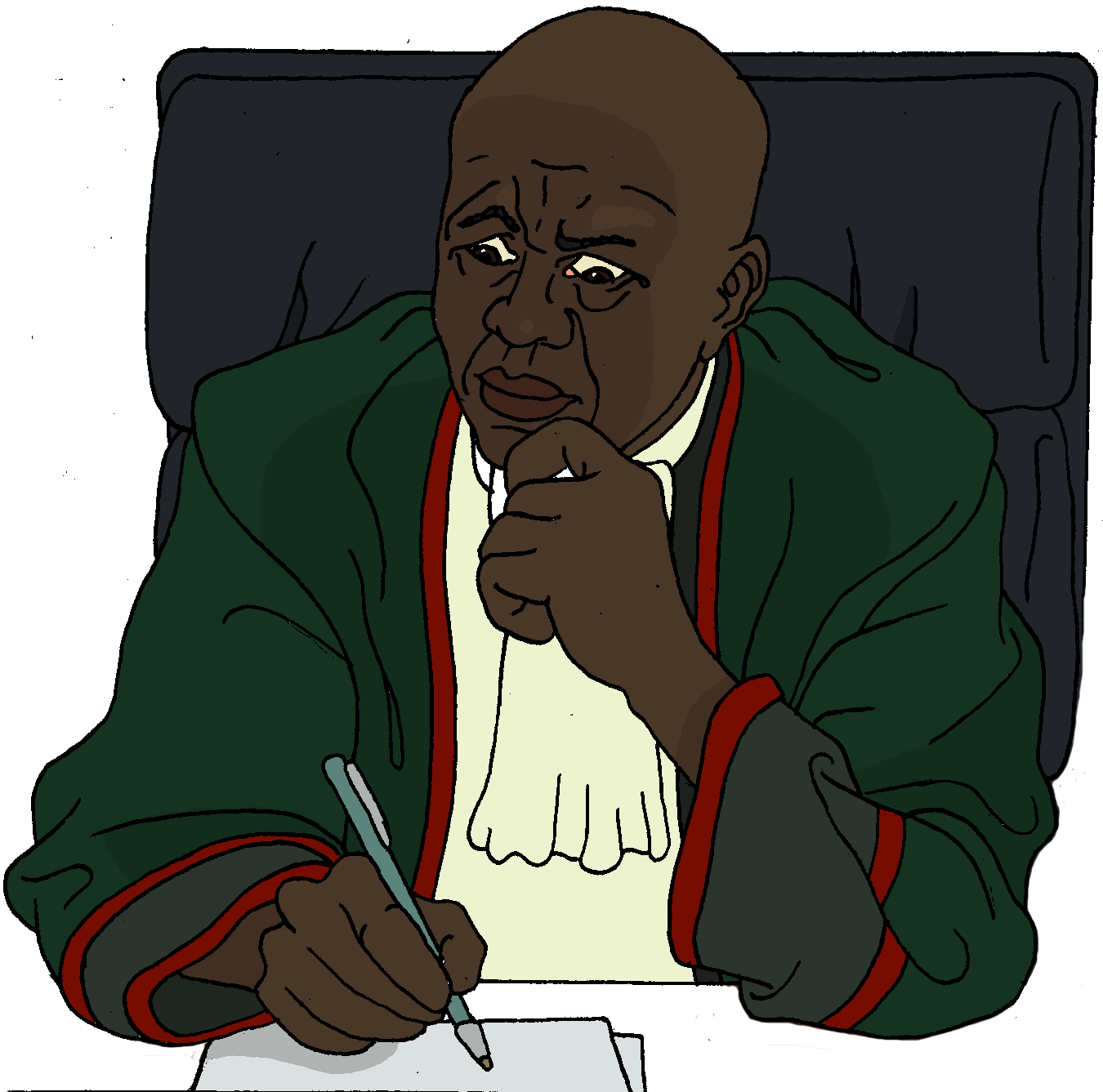 The SAPS invites SJC, other civil society groups, government departments and other Khayelitsha stakeholders to be part of a Joint Forum to further the work of the Commission and its recommendations. The Joint Forum consists of 8 sub-forums to address vigilantism, alcohol and drug abuse, road safety, youth gangs, business crime, violence against women and children and research.

The Joint Forum hosts a summit at the University of Cape Town, attended by many senior police officers, activists and researchers.

Engagement begins with the new Minister of Police, Nkosinathi Nhleko, to get his office to formally recognise the Commission’s report and to get commitments and plans to implement the recommendations. 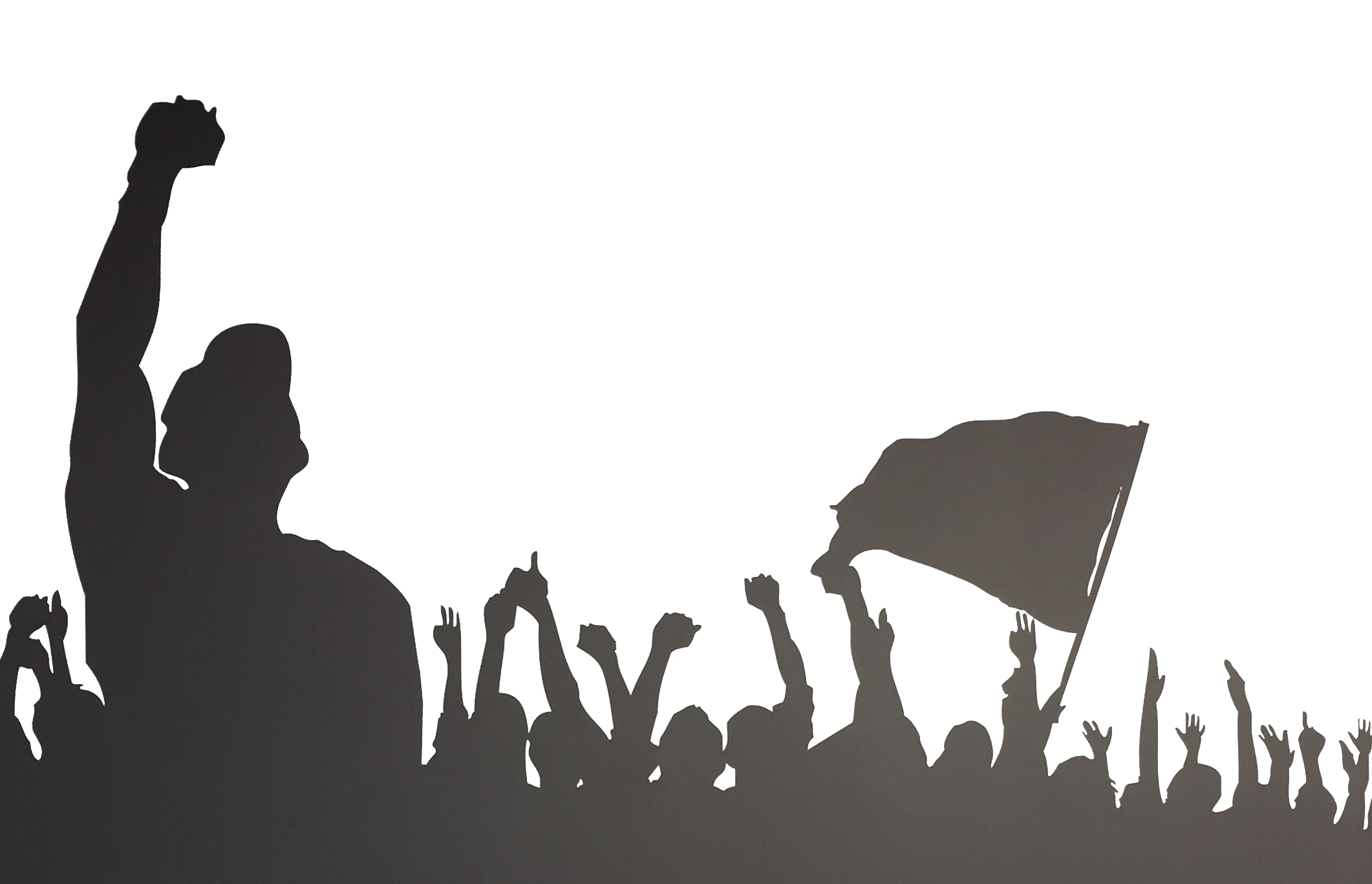